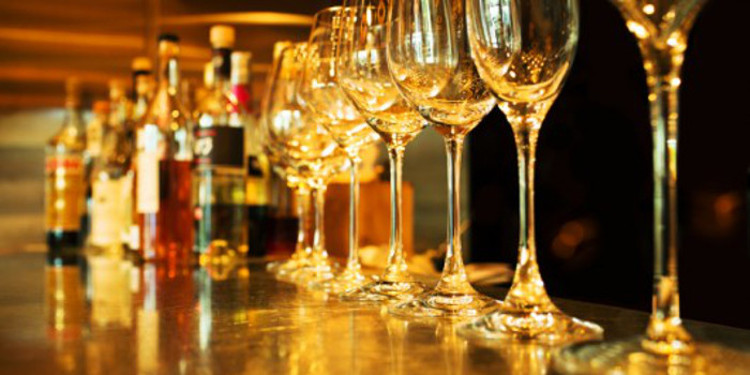 The success of Denver’s Initiative 300 is facing a serious setback courtesy of a new regulation from the Colorado Department of Revenue that expressly prohibits consumption of marijuana at any place that has a liquor license. Translation: you won’t be able to legally smoke up at a bar in Denver, even though Initiative 300’s passage was in part paving the road to just that.

Initiative 300 allows businesses to seek city-issued permits to create “consumption areas” after obtaining backing from a local neighborhood or business group as soon as January 21, the deadline for the city to make permit applications available. The measure was designed to alleviate the problem many cannabis users face of having access to flower, but nowhere to lawfully smoke it.

Proponents cite incidence of dual use

Proponents of the new regulation, including the Colorado Bar Owners Association, the Colorado Restaurant Association, as well as Mothers Against Drunk Driving, cite evidence that consuming alcohol and marijuana together increases the user’s level of impairment, and seem to rely on the assumption that having cannabis consumption areas in bars would increase the incidence of so-called “dual use.” I am suspicious of that – I feel like it would more likely just change the venue for dual use that is already occurring from the alley behind the bar to a safe and private area inside the bar.

… it would more likely just change the venue for dual use that is already occurring from the alley behind the bar to a safe and private area inside the bar.

Regardless of its veracity, the authors of Initiative 300 surely anticipated this type of argument when they built in a provision requiring establishments to show evidence when applying for a permit that they have a training program to teach employees about the issues related to dual use and how to handle over-intoxicated individuals. And let’s be frank – people are already engaging in dual use. Initiative 300 is simply providing a safe and regulated space in which to smoke marijuana, which users may still continue to combine with other activities or not. Plus, presumably businesses like to keep making money and staying open, so there is no incentive for them to be anything other than diligent in complying with Initiative 300.

Merriam-Webster defines public as “exposed to general view” and “accessible to or shared by all members of the community.” Open is defined as “having no enclosing or confining barrier, completely free from concealment, exposed to general view or knowledge, and not restricted to a particular group or category of participants.” Many bars are restricted to a particular group of participants – adults 21 and over. Even the ones that allow minors are arguably not public (a private business owner can refuse business) and certainly not “open.”

Regardless, what Initiative 300 legalizes is cannabis consumption in defined cannabis consumption areas, which by their very design and purpose are not public. They have to be strictly limited to those 21 and older, not visible to individuals outside of the restricted areas where consumption is allowed, and comply with many other rules and regulations meant to keep the areas private, safe, and hidden. Those parameters seem to directly conflict with the above definitions of open and public, leaving the authority’s justification feeling a bit hollow.

How far will they go?

If the state deems a bar or liquor-serving restaurant public, then arguably so are many other businesses that would want to have cannabis consumption areas. Assuming regulators aren’t going to find another way to cut Initiative 300 off at the legs by prohibiting consumption at – say, any establishment holding a business license – there will still be many places where you can use marijuana in Denver. But one has to wonder why they are fighting this so swiftly and decisively. I see it as evidence that the industry still has a long way to go as far as widespread acceptance, even here in Colorado.

People fear what they don’t understand

Alcohol consumption has been legal for many years and it is perfectly acceptable to drink alcohol openly at a restaurant, in your hotel room, and in your home, no matter if you own it or rent it. Can you imagine your landlord writing into your lease that you cannot consume alcohol on the premises? Seems absurd, but many Coloradans face just such a restriction regarding cannabis use in their homes. Perhaps that is because of the smoking factor, as smoke be it from cigarettes or a marijuana pipe can be offensive to those around the user, but I suspect that underneath that justification lies suspicion and negative perception around drug use – as if alcohol is not a drug.

So what’s a user to do? Once the ball gets rolling on implementation of Initiative 300, we will see what types of businesses are going to have social use areas, and once we do, you’re free to head there before going out to the bar for the night. History shows us that humans are very creative and can always find a way to defeat authority and regulation – keeping lawyers employed and frustrating the authorities along the way.